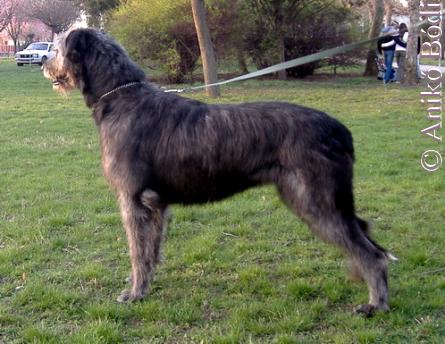 I’m very glad to publish some fotos as well as some information about Anikó Bódi and her Irish Wolfhound bitch “Ali” – even the largest dog and sighthound.

Anikó herself does a lot of sports – she had been playing for a long time team handball, her kilter is still excellent, and now she’s looking for an alternative. Therefore she’s interrested in canicross, what might be an ideal team-sport for both: Anikó & Ali – Anikó is used to run very fast & Ali surely would be happy to run together with her!

The most formidable picture – you can see the impressive bigness of Ali!

«I like big and powerful creatures
who doesn’t take adventage of their strength
and a Wolfhound is just like that.»

Anikó likes big and powerful dogs very much. She loves her Wolfhounds and she had always one or two – the time before Ali she had another Wolfshound, called “Bossom” and she was cream-coated: 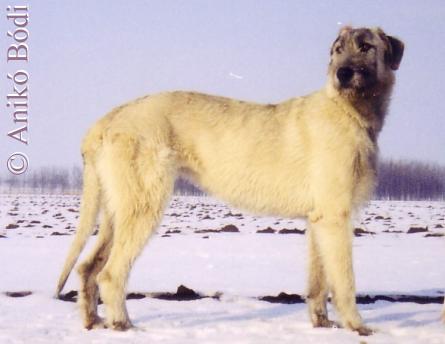 Because of the fact, that Wolfshounds age relative quickly Anikó decided to get a smaller hound that can keep up with her for a longer time. Nevertheless, it had to be a sighthound – and that’s how she ended up with the Magyar Agár… sooner or later …

And last but not least,
Anikó, please disclose the secret about Ali’s bigness – what’s the size of Ali? I guess your Ali is at least 90 or more centimetres – am I right in thinking?